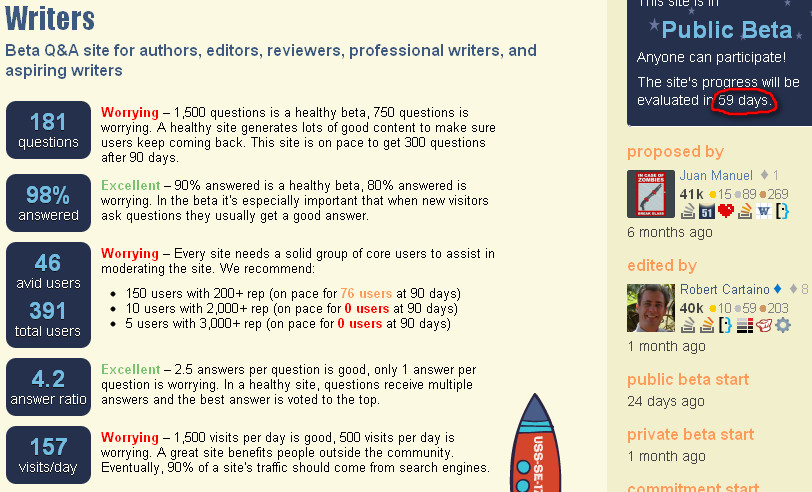 11
Should we encourage users to give samples of their writing for critique?
8
What's the "elevator pitch" for writers.SE?
6
Writing exercises on this board - good idea or no?
24
(DEPRECATED) Policy on Writing Critiques
13
How do we encourage participation by non-fiction authors?
3
Asking the question in a right way?
2
Should there be a way to share short stories?

5
How should we promote the site?
9
What existing questions demonstrate Writers.SE's potential?
7
Writers.SE from A to Z... How to spend time on Writers.SE?
14
How has this site helped you and your writing?
4
What will become of this site?
4
What place should "The Rules" have in writers.SE?
14
Can Writers Graduate? Correlation between voting and progressing?
25
Should we change our name?
15
Are there some hidden rules I am not aware of that would explain the relatively high amount of downvotes on new posts lately?